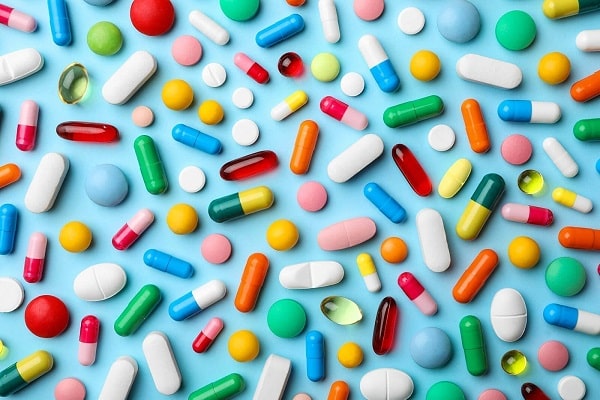 What are antiviral medications?

Antiviral medications are types of drugs or supplements used in fighting off hostile and life-threatening viruses. These viruses are one of the major factors why diseases occur and threaten the body’s normal condition. With the application of different antiviral drugs, the viruses’ functions in the body are being lessened, even preventing them from causing more harm to the body.

Aside from being the main treatment option, antiviral supplements are also utilized in preventing the development of illnesses or infections, such as HIV and herpes. Careful consumption of these antivirals can protect an individual from acquiring the said infections and other major illnesses. Other than protecting you, it also inhibits viral transmission. It means that others can be protected also by blocking viral spread to a different host.

With the advancement in science, experts and medical professionals were able to produce mediums or agents that can treat viral impurities. These agents are known as antiviral drugs. Since there are a lot of different infections recorded today, there are also different types of antiviral medications. Consider the following and learn their functions:

Two of the most used antiviral boosters today are Ritonavir and Cobicistat. These drugs are administered to support other antiviral drugs, thereby enhancing their medicinal properties. As the name suggests, these drugs boost or increase the effects of other antiviral drugs to become more efficient and effective in their functions.

Two of the most used adamantane antivirals today are Amantadine and Rimantadine. The main function of these drugs is to block the hostile behavior of the influenza A virus. While this is a breakthrough in treating the said infection, certain strains of the influenza virus have developed what is called drug resistance.

Two of the most used antiviral interferons today are Peginterferon alfa-2a and 2b. These drugs function by inducing enzyme production and inhibiting the transcription of viral mRNA towards viral proteins. This process stops the virus from replicating or multiplying. Interferons are considered powerful drugs since they immensely control and block viral replication.

Some of the most widely used drugs under this classification are Truvada, Combivir, Complera, Genvoya, and Descovy. These drugs are recognized as part of antiretroviral therapy, which observes the mixture of two to three different drugs to treat certain infections, mostly HIV. Through this therapy, consuming what is prescribed to patients becomes easier.

Some of the most widely used drugs under this classification are Tivicay, Isentress, and Vitekta. These drugs are used to block the function of what is known as integrase. It is a type of enzyme that HIV needs to evolve and continue its hostile effects on the body. As the name suggests, these drugs inhibit the integrase from replicating.

Maraviroc is the solely approved medicine under this antiviral group classification. Its main function is to block HIV’s entry into its cell host. Other than viral enzymes, HIV needs chemokine receptors to continue its hostile impact on the body. By consuming this receptor antagonist, the body is then protected from acquiring more HIV-related complications.

Some of the most widely used drugs under this classification are Tamiflu, Relenza, and Rapivab. Its main function is to block the virus from infecting other cells. Neuraminidase refers to a type of viral protein that helps the influenza virus complicate and cause more harm to the body. By using the drugs mentioned, the influenza virus is inhibited from causing more complications.

Some of the most widely used drugs under this category are Sovaldi, Fuzeon, Rukobia, and Prevymis. From its category name itself, they are termed miscellaneous because they are from different types of sources. However, their main function is stopping the virus from replicating. These drugs are administered to halt virus production that causes severe health concerns.

The most widely used inhibitor for this particular classification is Daklinza, which can also be purchased by its generic version Daclatasvir. This drug’s main objective is to treat HCV or the infection caused by the hepatitis C virus. Since this virus operates by replicating, Daklinza is highly capable of preventing such function, which also prevents other health complications.

Some of the most widely used drugs under this group are Viramune, Sustiva, Intelence, Edurant, and Pifeltro. Also known as non-nucleoside reverse transcriptase inhibitors, these agents block viral replication necessary for HIV to increase its population within the body. By using these inhibitors, HIV is blocked from progressing to AIDS.

The most commonly-used drugs under this category are Prezista, Reyataz, Lexiva, Invirase, and Kaletra. These synthetic medicines are utilized in blocking HIV’s action to multiply. From its name itself, the enzyme protease is being halted in its operations to protect the body from HIV’s harmful effects. It is also used to block HIV’s progression to AIDS.

Some of the most widely used drugs under this classification are Viread, Videx, Retrovir, Emtriva, and Zerit. Also known as nucleoside reverse transcriptase inhibitors, these antiviral agents work by inhibiting viral reproduction within host cells. As HIV needs enzymes to multiply, NRTIs blocks this operation. It also prevents AIDS from happening.

The most commonly-used drugs under this group are Valtrex, Virazole, Moderiba, and Cytovene. These agents are utilized in treating infections triggered by herpes. Once consumed properly, these drugs will function by halting the viruses’ hostile impact on the body.

These antiviral medications can be in the form of tablets, injections, or oral solutions. Simply choose from these forms and utilize which is comfortable for you to use. Note that these agents are only obtained through a doctor’s prescription. It also means that you need to follow the instructions provided to recover and experience a smooth treatment process.