Can Triumeq Be Crushed? 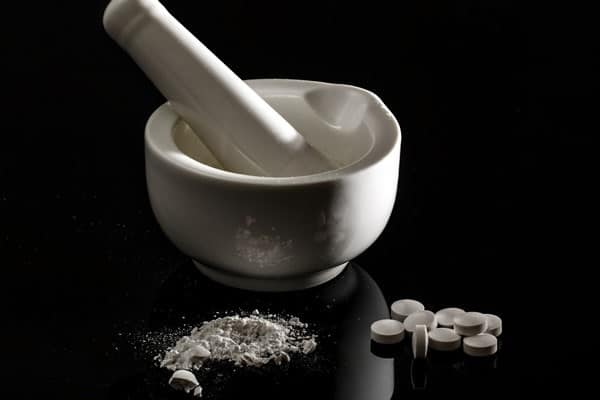 Triumeq is a first-line treatment for HIV infection in adults and children and contains the promising antiretroviral agent dolutegravir (DTG). DTG is included in the World Health Organization’s List of Essential Medicines; these medications are considered the most important in the health system because of their high effectiveness and good safety profile. But, a potent drug is not enough for beating HIV. One of the most vital factors in HIV/AIDS management is adherence to antiretroviral therapy (ART). Patient compliance is strongly correlated with increased survival, improved quality of life, reduced resistance rates, and enhanced viral suppression.

There are certain patients that are unable to take their medications in tablet form, such as those who have difficulty in swallowing large pills and those who are mechanically ventilated. Some drugs can be crushed and dissolved prior to administration if a liquid or intravenous formulation is not available. But crushing can also be problematic because it alters drug exposure.

But what about anti-HIV drugs that do not have a commercially available liquid or intravenous formulation?

Before altering your medications in any way, consult your healthcare provider first. Many ART medications cannot be crushed, as it can affect stability or decrease efficacy; as such, doing so can result in treatment failure and eventually drug resistance.

A few studies evaluated the effects of crushing ART tablet or opening capsules on the drug’s exposure and efficacy. The Department of Pharmacy at Radboud Institute for Health Sciences in Netherlands investigated if the fixed dose combination tablet of dolutegravir/abacavir/lamivudine under the brand name Triumeq can be crushed and combined with enteral nutrition without altering the drug’s exposure. The results of the study found the following:

The authors concluded that Triumeq can be crushed if a patient has swallowing difficulties or if they are undergoing tube feeding. Enteral nutrition in tube feeding can be combined without separating intake. The authors also recommended not crushing dolutegravir for treatment involving twice a day dosing and food intake.

Triumeq is a film-coated non-sustained release tablet. Currently, there is no oral liquid preparation available for Triumeq (abacavir/ lamivudine/ dolutegravir). But there are available liquid products for abacavir and lamivudine. Dolutegravir is only available in tablet form, and studies have shown that it can be crushed.

Splitting or crushing Triumeq tablet is not expected to affect the absorption and dissolution of the drugs in the preparation. Tablets can also be crushed and added to a small amount of liquid and semi-solid food. If you are using crushed Triumeq, be sure to consume it immediately.

Dolutegravir (Tivicay) is available in pediatric film-coated tablets at 10mg, 25mg, and oral granules at 50mg. Pediatric granules can be taken orally or dissolved in a small amount of liquid without restriction on the type of liquid used. Film-coated tablets should be swallowed whole or split into halves. Both halves should be immediately ingested. It can also be crushed and dissolved in a small amount of liquid or semi-solid food, which should then be consumed immediately.

Some HIV medications cannot be crushed or opened due to the lack of data to support any alteration of the tablet or capsules. This includes the following medications: