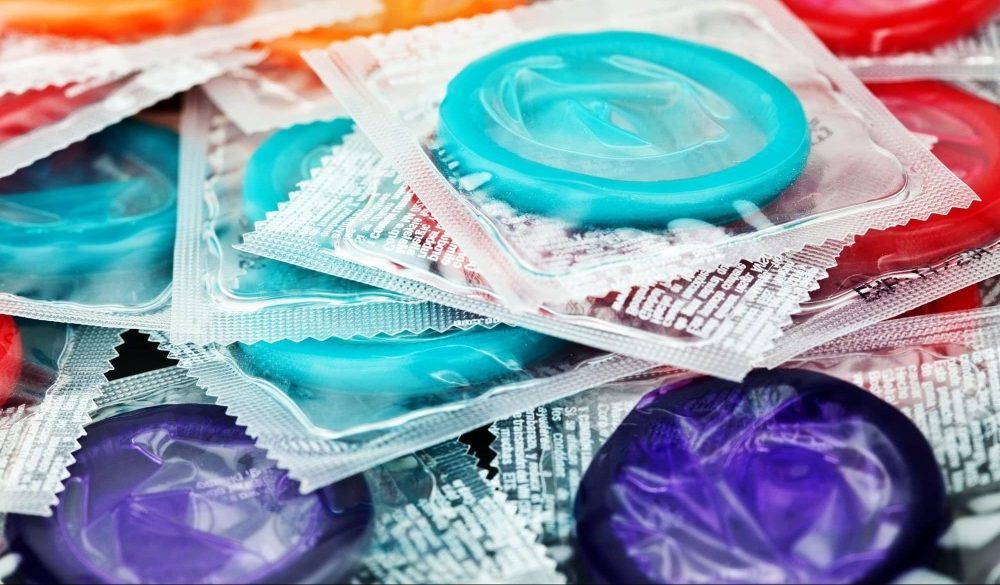 Condoms are protective barriers or devices used to prevent the probability of pregnancy and transmission of sexually transmitted diseases. They are available in different types, but the most common is what males use during sexual intercourse. These devices work by inhibiting the entry of semen and other bodily fluids into the vagina or rectum.  Aside from the actual penis, condoms can be utilized for penis-shaped sex toys.

Aside from being an effective method for birth control, a condom reduces the rate of HIV transmission and other STDs. These fitted-tubes shaped devices protect people from conditions that are acquired sexually. What are the different types of condoms? What is the most common that people use today?

Generally, there are three major types of condoms. These are as follows:

The list below includes the different types of condoms that people are using nowadays:

Latex condoms are the most commonly used type of rubbers in the market today. These are the most reliable in preventing pregnancies and STDs. What makes them more effective is that latex condoms have elastic properties. They can stretch up to eight times their original size. When using latex condoms, opt for water or silicone-based lubricants. Avoid oil-based lubes like Vaseline or lotions, as they can easily break the condom.

If you are allergic to latex, use non-latex condoms instead. Like latex brands, non-latex products also prevent pregnancy and STIs. They are made of polyurethane, an advanced plastic that conducts heat well and provides enhanced sexual sensitivity. You can also use any lubrication when deciding on non-latex condoms.

Spermicide condoms are your best bet in preventing unwanted pregnancies. Why? These condoms are equipped with a layer of chemicals that immobilizes and kills the sperm. However, one thing to note when using these types of condoms is that they can irritate the genitals because of the presence of nonoxynol-9.

Yes, this is actually a thing! If you wish to add a hint of ‘novelty’ during sexual intercourse sessions, flavored condoms are a great choice. Although they are just regular latex condoms, these flavored brands are effective when engaging in oral sex. Some of the flavors available are vanilla, cola, blueberry, and strawberry. One thing to remember is that flavored condoms can cause irritation when used down south. Opt for another type of condom when irritation and inflammation occur.

Unlike the ones used by men, condoms for women are inserted inside the vagina. That’s why it is classified as an internal type of condom. You can easily recognize female condoms, as they have two visible rings at each end. One of the rings acts as a sheath that covers the genitalia; the other is used for insertion. Although they are just as effective as external condoms, they are difficult to insert and use.

Ultra-thin condoms provide enhanced sensation than regular condoms in the market. Many men who have been using these types of condoms say that they don’t feel like they are wearing one. Although some are skeptical because they might break while they are inside of someone, ultra-thin condoms are just as effective as other types.

If the internal enhanced sensation is the category, textured condoms are never left behind. Also known as studded condoms, textured ones increase pleasure for both sexual partners. These types may have ribs that add stimulation or studs that enhance the enjoyment of the person wearing the condom.

Famous for their moniker as glow-in-the-dark condoms, colored types are perfect choices for adding something special or novelty to your sex life. Adding a little bit of visual stimulation during sex is quite exciting, isn’t it? If you haven’t used one, try colored condoms today and experience the fun they provide!

How effective are condoms?

Condoms are 99% effective in preventing unwanted pregnancies and transmission of sexually transmitted infections. However, sometimes their effectiveness will also work based on how you use them. For example, if you use latex types, it is always better to use water-based lubricants with them to avoid breakage. Furthermore, following the directions provided on the product’s packet will help you prevent unexpected occurrences and still enjoy the pleasure of sex.