Does Atripla Cause Hair Loss? 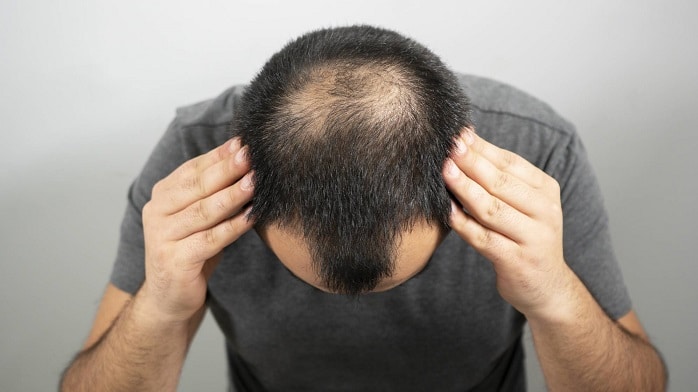 Hair thinning or balding is a rare occurrence among patients on an antiretroviral therapy (ART) and can be attributed to the medications included in the regimen or the disease itself. The HIV medications that are known to cause hair loss are rarely used nowadays, though it is not impossible for modern ART to exhibit this uncommon side effect. In a 2012 study, assessing patient-related symptoms, hair loss was one of the least occurring side effects of Atripla (EFV/FTC/TDF).

Hair loss or alopecia can happen to anyone regardless of gender, but it is particularly common in men as they age. Acute onset alopecia that is rapid and severe is not considered normal. It’s challenging to identify the cause of this symptom in a person taking ART because of the many factors that can cause hair loss. With regards to antiretroviral meds, the known culprits are lamivudine (also found in Trizivir, Combivir, and Kivexa) and indinavir. Emtricitabine (FTC) in Atripla is a close relative drug of lamivudine (3TC), as both belongs to NRTI drug class. The good thing about this is that antiretroviral-related alopecia is often reversible while genetic baldness, or in cases where hair follicles have been damaged beyond repair, is permanent. Diffuse hair loss is common in people with HIV and other immune disorders.

People with HIV are prone to the condition known as Telogen effluvium (TE)—a form of temporary hair loss characterized by increased shedding and thinning of hair. Sometimes hair follicles are pushed to the resting stage (Telogen) of the hair growth cycle due to stress, diseases, major surgery, and nutrient deficiencies. In acute TE, at least 30% of scalp hair move into the telogen phase and shed in large numbers a couple of month or so from the time you experienced major “shock” or trauma. Other causes of temporary hair loss include: sudden weight loss, psychological stress, pregnancy and childbirth, metal toxicity, menopause, and certain drugs. At least 7% of HIV-infected individuals experience Telogen effluvium. Because many patients with HIV are now having near-normal life spans, it is not unusual for them to experience male and female baldness as part of the natural aging process. By the age of 60, many men will start to lose hair.

You can check Atripla cost at our store!

As previously mentioned, emtricitabine is an NRTI similar to lamivudine, which is known to cause hair loss among HIV patients. There was an interesting case presented in 2016 at the 3rd Biennial Conference in Johannesburg. A 38-year-old female patient on antiretroviral treatment experienced thinning of hair, followed by global loss of hair on the head within six months of taking a fixed-dose combination of emtricitabine, tenofovir, and efavirenz (Atripla). Emtricitabine was isolated as the cause of alopecia because the patient was previously on a regimen composed of tenofovir, lamivudine, and efavirenz without experiencing hair loss. Both efavirenz and tenofovir is still contained in Atripla with the addition of emtricitabine. The latter is the only new drug introduced in the patient’s regimen. The patient also developed goiter, mild gynecomastia or breast enlargement, and proptosis with progressive enlargement of the eyeballs. After one week of stopping treatment, the patient reported less hair fall and showed visible improvement of symptoms. Six months later, hair growth resumed, gynecomastia and proptosis resolved as well. While alopecia has been reported as a side effect of several HIV medications, it is still not clear how these drugs can cause this symptom.

In diffuse hair loss, such as Telogen effluvium, the hair usually grows back within 3 to 6 months after removing the triggering factor. In some people, shedding does not stop entirely but the rate slows down. You should consult an HIV expert and a dermatologist to diagnose if you have TE and rule out its possible causes. If it has been established that Atripla is causing your hair to shed abnormally, there may be no other effective solution than to switch to a new regimen or a similar medication without emtricitabine. After stopping treatment, hair regrowth is expected to occur within 1 to 3 months. Your doctor may also suggest products that can be used to boost hair growth, including Minoxidil (Rogaine), finasteride (Propecia), and antiandrogens like spironolactone, flutamide, and cyproterone acetate for female pattern hair loss.