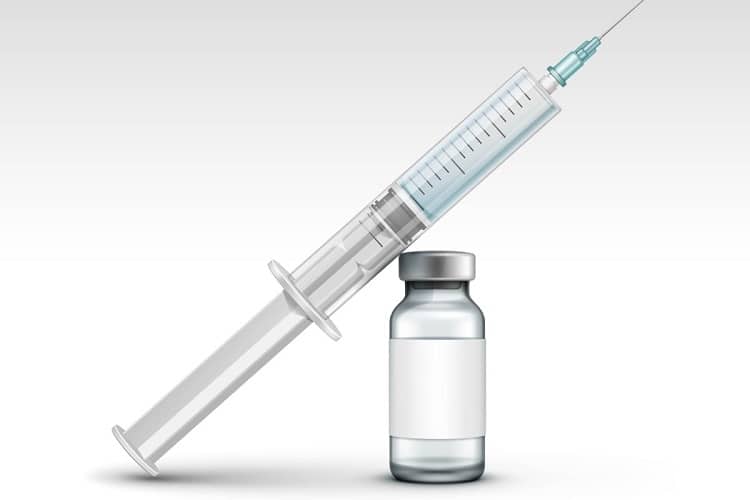 Since the 1930s, many research and studies have been undertaken in line with the creation of vaccines for herpes. Repetitive conduct of trial and error involving the production of medicinal immunity against the herpes virus, most especially with oral and genital infections, has been executed but to no avail. With no major success in this affair, it becomes so difficult to protect individuals from acquiring the infection, regardless of the availability of many herpes medications.

HSV or herpes simplex virus, being the most common cause of health complications for millions of individuals globally, is the target infection for vaccine production. While there are already available biological preparations that provide immunity opposing other forms of herpes, for HSV, there isn’t one yet. Many clinical trials have been conducted, but there is none more competent than a placebo.

As mentioned here, there is no dominant evidence of near completion of vaccine production. However, the progress that we have seen today marks the necessary breakthrough to providing medical aid for people with the infection. Today, there are two domineering types of vaccines that researchers and scientists are targeting to produce. Just like the manufacture of drug immunity for distinct forms of the herpes family, these vaccine types are proven to be as efficient in preventing HSV.

Recently, there is a new development pertaining to the study of vaccine production. However, it involves the herpes simplex virus using an animal model, which of course, is the first step of vaccine preparation. One of the major advancements recorded in the present day is the usage of R2, a vaccine that outperformed the dominant vaccine nominee. But why is it considered important progress in the study? The main reason for its biggest leap is its capacity to not only protect people from HSV-1 but also the negative effects of HSV-2. Taken from HSV-1, the virus was studied and concocted efficiently to produce a vaccine that safeguards several systems in the body (most especially the nervous system) and to boost the body’s immunity.

One of the latest animal models being used is the guinea pigs. When injected with the newly-created vaccine, an expansion of antibody production notedly occurred. Additionally, when the vaccine associated with HSV-2 strain was administered, positive results were also noted accordingly, thus recording its effectiveness to living things.

Another animal model used was the mice. For this specific study, the result was outstanding. The performance of the vaccine when infused into the mice showed particular positive outcomes, especially its ability to diminish the appearance of lesions in the genitals and lessen the viruses’ process of replication. While these studies have been overwhelming, it is still essential to note that the infections and effects that humans experience caused by HSV are still different from those of animals. Furthermore, what is proven to be effective for animals is not totally the same as humans.

With the remarkable results and studies conducted for animal models, the total opposite is for humans. Today, there is no reliable vaccine that can be administered to protect from the herpes simplex virus. The clinical trials conducted for human vaccination have not seen enough evidence of its effectiveness. Add to that the lack of concrete support in its safety towards individuals. With the outstanding breakthrough of the R2 vaccine for animal models, the same effect would not relate and take efficacy to humans having HSV. But this shouldn’t be a worry to all. There are still researches continuing the small progress to a more developed one to create a vaccine that suits everyone.

It is a fact that producing a vaccine can take so much time and may tackle different concerns. These dilemmas may include:

As already mentioned here, there are already available vaccines for other forms of herpes. While the convenience is glaring, its effect on the herpes simplex virus is not applicable. Some of the herpes forms that several vaccines protect individuals from possible infections are as follows:

These two forms of infections can be prevented on an immunity medication named after its terms. Chickenpox and shingles are the most common type of infections we see today, but having a vaccine that prevents us from having these is already convenient. Aside from their protecting capacities, these vaccines are capable of blocking a possible recurrence of the infection.

Types of Vaccines and Its Benefits to Herpes

Alongside other infections, there will always be at least two vaccine types that can be proposed for production. These types are as follows:

Involving herpes, these types share the common goals, which is to stop and alleviate symptoms of herpes. These types are also the main choices to put an end to people suffering from the herpes simplex virus. The prophylactic vaccine is administered before being infected. On the other hand, a Therapeutic vaccine is administered when the infection is already inside the body. The second vaccine type works by providing therapeutic relief to the body amidst herpes infection.

Amidst the difficulties our researchers and scientists have today, there is still a big chance to produce the HSV vaccine. With the advancement and big development in the field of science, a vaccine is likely to be manufactured. While there can be failures, these are helping tools already to ensure that the next trials have guidelines and instructions to follow. Today, there are still ongoing researches and trials pertaining to vaccine development. In the meantime, while waiting for its production, there are several treatments available to provide medical aid for individuals who are at high risk of acquiring the infection.