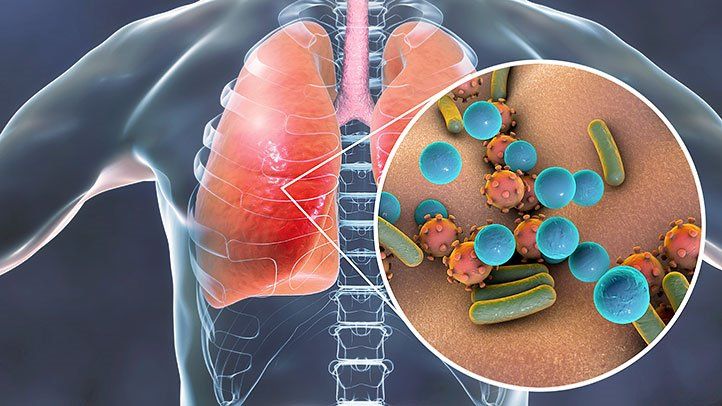 HIV/AIDS has been recognized as a very dangerous medical concern that impairs the immune system. While a cure is not yet available to provide relief for this illness, several medications can be accessed to alleviate many negative effects brought about by HIV/AIDS. However, once the condition remained untreated, it could trigger health complications. But what are these complications? How do HIV medications help in managing these glaring medical conditions?

The list below comprises the different complications categorized depending on the form of the illness that HIV/AIDS triggers, including a series of opportunistic diseases, cancer types, and even psychological effects. Consider the following:

Recognized as the most typical form of all opportunistic illnesses, HSV is characterized by a virus affecting both the inside of the mouth and the skin surfaces of male and female genital parts. Once associated with the human immunodeficiency virus, HSV triggers repeating painful sores where the initial infections appear. Its major signs comprise the appearance of blisters, bleeding sores, muscle pain, and other symptoms associated with flu.

Referred to as a serious condition involving the respiratory system, Pneumonia is acquired by either the viruses or bacteria which induce inflammatory effects in both lungs. Its main symptoms are pain in the chest, severe coughing fever, and breathing difficulty.

Candidiasis appears as white patches in the mouth and vagina. If it appears in the mouth, it is called oral thrush. On the other hand, if the infected area is the vagina, it goes with the term yeast infection. It is caused by the Candida fungi, a form of yeast which actively exists inside the human body.

With its general bug affecting both lungs, Tuberculosis is attributed as the principal cause of deaths related to HIV and AIDS. This illness is carried out by MTB (Mycobacterium tuberculosis bacteria). Its major signs are severe coughing, fever, chills, weight loss, and fatigue.

This gastrointestinal disease can likely trigger severe malfunctions once integrated alongside HIV. Salmonella happens to be a serious complication with symptoms that include diarrhea, cramps in the abdominal area, fever, vomiting, headache, and nausea.

Also called crypto, Cryptococcosis is a fungal type of infection that often poses fatal outcomes to the individual acquiring it. Once associated alongside the human immunodeficiency virus (HIV), it advances to a more severe pneumonia. Aside from that, crypto can severely infect the brain, resulting to the emergence of meningitis. Its corresponding symptoms are fever, nausea, malaise, chest pain, cough, vomiting, headache, and meningitis.

Triggered by a parasite, Toxoplasmosis can bring about serious health dilemmas to the eyes, liver, heart, and both lungs. Since HIV impairs the body’s immunity, Toxoplasmosis emerges after an exposure to a certain parasite. It poses symptoms associated with flu, as well as fever, muscle aches, and colds.

Referring to a kind of disease involving both lungs, this trigger severe problems involving the body’s respiratory system. Its major signs are dry and severe cough, chills, fever, and recurrent muscle pain.

Also called cocci, this opportunistic disease greatly affects all the workings of the body’s respiratory system. Coccidioidomycosis commonly occurs in an area with a climate that is both hot and dry. Its symptoms are fever, difficulty breathing, cough, pain in the chest, and mild migraine.

This involves the human intestine. It happens when an individual consumes contaminated food and water. If an individual has the virus (HIV), he/she will experience a severe illness and reactions. These include nausea, diarrhea, vomiting, unexplained weight loss, and recurrent fever.

This triggers severe diarrhea. A parasite called cryptosporidium causes this disease. Its main symptoms include pain in the chest, headache, fever, cough, and recurrent diarrhea.

Although rare, Mycobacterium avium complex is fatal once an individual has acquired mycobacteria. It is chronic and may cause severe health effects. Its initial signs are breathing problems, pain in the chest, fever, unexplained weight loss, and sweating.

Cytomegalovirus provokes major health concerns, including an inflammation of the eyes, brain, and even in the stomach. The first signs are fever (on its high temperature), a major sensation of discomfort, swollen glands, fatigue, and pain in the joints.

Although rare, PML can occur to individuals suffering in HIV. This neurological disorder targets two important parts, such as the spinal cord and brain. The major signs are visual & speech impairment, extreme weakness, paralysis, plus the drooping of the face.

Histoplasmosis greatly affects bodily functions. It is a pneumonia that poses fatal results to people having it. Its initial symptoms are fever, fatigue, chills, plus the severe coughing.

Classified as a cancer of the skin, this one refers to the appearance of tumours on any surface of the dermis. It emerges as purple patches, add to that the skin lesions that individuals will experience. While it is rare, this cancer can still be hostile to individuals suffering in HIV. Its initial symptoms are recurrent fever, fatigue, severe coughing, and chills.

Brough about by an STI (sexually transmitted infection), Cervical cancer may affect other adjacent organs if left untreated. Its symptoms are vaginal bleeding, pain during sexual activity, vaginal discharge, and pelvic pain.

This cancer type comprises the lymphatic system and its functions. Once integrated alongside the human immunodeficiency virus (HIV), Lymphoma may affect an individual’s immunity as well as diminish the workings of the body which is to protect from foreign infections. Its symptoms are pain in the chest, headache, breathing problems, recurrent fever, and swollen glands.

An individual suffering in HIV tends to experience mental disorders. These disorders may comprise with depression, cognitive illness, as well as anxiety. Mental health has long been recognized to be fragile when it comes to HIV. It can bring about stress, which in return can occur the aforementioned disorders. While these concerns are alarming, there are proper actions that needs to be done to alleviate these health problems.