History of HIV and AIDS 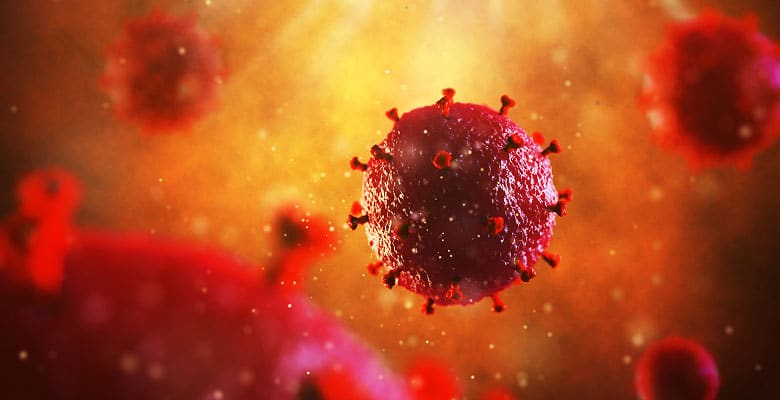 The history of HIV and AIDS follows a timeline starting from its discovery in the 1980s until the present day. Discover how the infection became a global epidemic, creating a stigma in the community and inviting fear across the globe. Learn how science developed a treatment called antiretroviral therapy that gives HIV-positive individuals a chance for better medical care and an outlook for a quality life.

Believed to have been originated in Kinshasa, the capital and the largest city in the Democratic Republic of the Congo, HIV was already suspected of infecting thousands of individuals before the 1980s. HIV happened when the virus crossed species from chimps to humans. During its concrete study in the 1980s, HIV was unknown, and the symptoms associated with it were not yet illustrated. Since then, the virus has expanded and spread in major continents, such as North America, South America, Europe, Africa, and Australia.

During the early 1980s, cases of the most common infections involved with HIV/AIDS were reported in the USA. Two of these major infections are PCP (Pneumocystis pneumonia) and Kaposi’s Sarcoma. PCP is a form of pneumonia caused by the yeast-like fungus Pneumocystis jirovecii. Meanwhile, Kaposi’s Sarcoma is a type of skin cancer that appears as dark spots on the skin, with treatment based on the condition and severity of the infection.

Both of the mentioned infections are considered fatal, which concluded the death of several men in Los Angeles, New York, and California. Before the year 1981 ended, there were already 270 cases of HIV and AIDS, all happened to be gay men, with 121 of them being deceased.

In September 1982, the CDC or Centers for Disease Control and Prevention officially used the term “AIDS” (acquired immune deficiency syndrome) to describe the fatal condition. Because of the rising cases of the infection, several organizations with regards to the now-global viral outbreak have been established. Some of these include the San Francisco AIDS Foundation (SFAF) and the Terrence Higgins Trust (located in the UK).

HIV/AIDS Cases in Children and Precautions Associated with the Infection

HIV/AIDS cases that involve children came into the scene. The initial theory of the transmission was casual contact, but later on, it was dismissed. It was deduced that the only way for children to acquire the infection is through their mothers. Whether it be from pregnancy or delivery, HIV-positive mothers can put their children at a high risk of infection.

At the same time, the CDC has released their initial list of precautionary measures that the public needs to follow, especially for health workers and professionals. In the year 1983, the World Health Organization (WHO) started international surveillance for the rising global epidemic. The surveillance was made to further observe the growth of the epidemic in other countries that may have been reported with the infection already.

Two of the main precautions listed by the CDC are the avoidance of using shared needles and irresponsible use of drug injection. The organization emphasized the high-risk transmission of the virus once people engage and involve themselves in such. Aside from injection use, unprotected sex also becomes the major cause of HIV transmission. Without the use of condoms or any barrier methods, there is a high chance for people to acquire the virus. Once the infection is left untreated, HIV can lead to AIDS, or worse, death.

Following the year 1983, the National Cancer Institute informed the general public of the possible vaccination in two years, but to no avail. During this time, there were already 7,699 cases of AIDS, with 3,665 deaths coming from the USA and 762 in Europe.

In May 1986, the virus that causes AIDS was officially called HIV or human immunodeficiency virus by the ICTV or the International Committee on Taxonomy of Viruses. During this year also, the number of people with AIDS has propelled to 34,401 reported cases. The following regions with the number of cases are:

In early 1987, the World Health Organization promulgated and established “The Global Program on AIDS” with the following objectives:

In the same year, the FDA approved the usage of Zidovudine (AZT), the first antiretroviral drug introduced in treating HIV. Zidovudine is a part of a class of drugs known as nucleoside reverse transcriptase inhibitors-NRTIs. ARV drugs like Zidovudine control HIV infection by inhibiting the virus from replicating.

In the year 1988, the first World’s AIDS Day was declared. The World Health Organization set the 1st of December as the day to commemorate and dedicate this day to provide awareness of the AIDS epidemic. It was also in this year that the nationwide care system in the USA for HIV and AIDS was established. Both government and health officials, NGOs, and millions of individuals around the globe gather or celebrate together with the hope to widen everyone’s knowledge and grasp on AIDS prevention and control.

Every year, the World’s AIDS Day focuses on a specific campaign. Even if the campaigns may be different each year, the goal and purpose of the commemoration are to encourage everyone to join hand-in-hand in promoting HIV/AIDS prevention and protection. It is also the day to enliven and mobilize programs for proper treatment and medical care for people living with HIV.

In early 1989, there have been a rising number of 142,000 cases of AIDS coming from 145 countries. After a few months, the Centers for Disease Control and Prevention or CDC has published its guidelines for preventing PCP – classified as an opportunistic infection being the major cause for fatality associated with AIDS.

Aside from treating adults, Zidovudine (AZT) was approved as a source of treatment for children with HIV and AIDS. The use of AZT was also recommended in preventing mother-to-child transmission. Later this year, an oral HIV test was approved by the FDA.

The red ribbon was recognized as an international symbol of AIDS. In November of 1991, a well-known professional basketball player Earvin (Magic) Johnson, announced that he had HIV. He has eventually retired from the sport and chose to educate others about the infection. This opened doors for the community to stop the stigma of HIV and stop it from being called a ‘gay disease’. It was also in this year when the well-known vocalist and lead singer of a famous rock group Queen – Freddie Mercury – announced his infection with AIDS and died.

A well-known tennis star, Arthur Ashe, announced that he had acquired HIV because of a blood transfusion. Following this announcement, the FDA has approved and licensed a testing kit that healthcare professionals can use in detecting HIV in 10 minutes.

The Centers for Disease Control and Prevention or CDC added a series of AIDS indicators for public awareness. These are as follows:

Beginning of the Era of Antiretroviral Treatment

During year 1995, the first protease inhibitor was approved by the FDA. Protease inhibitors block an enzyme called HIV protease – necessary for HIV to replicate. The use of ART as a source of HIV treatment resulted in the decrease of AIDS-related deaths, a breakthrough in Science.

UNAIDS or the joint United Nations Programme on AIDS was established. The organization aimed to mobilize a global action and coordinate awareness about the epidemic across the UN. In the year 1996, the first NNRTI or non-nucleoside transcriptase inhibitor in the form of Nevirapine (Viramune) was introduced. NNRTIs stop reverse transcriptase – an enzyme that controls the genetic material of HIV from replicating. Furthermore, new cases were reported coming from Eastern Europe, India, Vietnam, Cambodia, and China. Before the year ended, there were already an estimated 23 million HIV infections.

In late 1997, Combivir, a combination of two antiretroviral drugs (such as lamivudine and zidovudine) was introduced and approved by the FDA. The medication is taken daily, which made it easy for people with HIV to follow. Both lamivudine and zidovudine belong to a class of drugs known as Nucleoside/Nucleotide Reverse Transcriptase Inhibitors (NRTIs).

Later in the year 1999, an announcement was made by the WHO – informing that AIDS has become the fourth biggest cause of fatality all over the world. The announcement also specified the epidemic as the number one killer in the African region.

A global fund was called and established to support the efforts done by countries and organizations in combatting the worldwide spread of HIV. During this decade, the prices for the generic version of branded ARV drugs were diminished, making it very accessible for people living with the virus.

In 2002, the first use of the rapid HIV test (which is done until today) received a green light from the FDA. It has an accuracy rate of 99.6%, with results ready in just 20 minutes.

The year 2010 saw the extensive use of antiretroviral treatment in treating HIV. It was then proven that ART can reduce the risk of HIV transmission. The FDA also approved the use of Complera, a fixed-dose combination of two or more ARV drugs that treat people with HIV.

Complera contains three ARV drugs such as emtricitabine, rilpivirine, and tenofovir. Emtricitabine and tenofovir are a part of a class of drugs known as nucleoside reverse transcriptase inhibitors (NRTIs). Meanwhile, Rilpivirine belongs to the group known as non-nucleoside reverse transcriptase inhibitors (NNRTIs). All these medications block and inhibit the human immunodeficiency virus from spreading and replicating in the body.

In 2012, PrEP was made available for HIV-negative people as a preventive measure of HIV transmission. PrEP or Pre-exposure Prophylaxis is the medicine that people take to prevent acquiring HIV both from unsafe sexual intercourse and injection drug use. Some of the medications approved for PrEP are Truvada and Descovy.

Because of PrEP and antiretroviral treatment, AIDS-related deaths had fallen 30% since the surge of the epidemic. Note that even if someone takes PrEP to avoid acquiring the virus, he/she is still likely to acquire sexually transmitted infections (STIs) in unprotected sex. For safety, using condoms during sexual activity is still necessary and a must for sexually active individuals.

In mid-2015, the World Health Organization published a new guideline with regards to HIV treatment. The guideline states that people with HIV should receive proper antiretroviral treatment after their diagnosis. Antiretroviral therapy should be available and ready for infected individuals to access and benefit from.

In the year 2016, new HIV infections were recorded in Europe, all of which coming from Russia. The number of HIV cases in Russia has reached one million. Meanwhile, UNAIDS has also announced that there are over 18.2 million individuals receiving ART treatment, which also included 910,000 children.

The year 2017 saw a breakthrough in combatting HIV and AIDS. More than half of the entire worldwide population of individuals with HIV have been able to receive ART treatment.

In the same year, the Prevention Access Campaign launched the slogan “Undetectable = Unstransmittable”. The campaign and the slogan showed scientific evidence that HIV-positive individuals who have followed proper HIV treatment and achieve an undetectable status cannot pass the virus to others. This explains why following HIV treatment with strict compliance to the rule of antiretroviral therapy is necessary. Aside from its capability to control the growth of the virus in the body and prevent more serious complications to occur, it improves an HIV-positive person’s quality of life.

Following the year 2017, thousands of cases are still being reported but became controllable and manageable because of the presence of antiretroviral therapy. With ART, HIV is treated and stops the infection from further progressing to AIDS. The medications available for ART inhibit the virus from replicating inside the body and stop it from making copies of itself.