Is There a Vaccine for HIV? 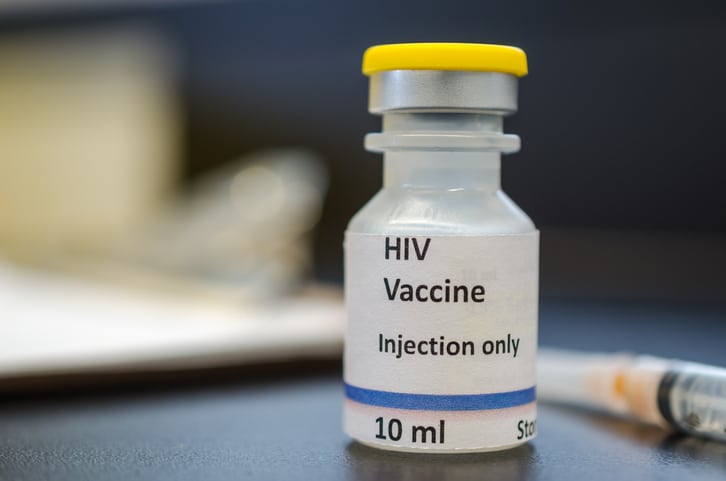 Vaccines are forms of biological preparations made to prevent infectious diseases. It provides immunity to everyone and stimulates the body’s immune system in fighting infectious threats and harmful microorganisms (bacteria, virus, and toxins). There are two types of vaccines, which are prophylactic and therapeutic. Prophylactic vaccines are used to prevent future infections or diseases. Meanwhile, therapeutic vaccines are used to fight infections or illnesses that are already in the body.

Vaccines are administered by injection, but there are also vaccines that are given orally or nasally. Since the development of vaccines, individuals can have immunity against disease-causing viruses, such as polio, smallpox, chickenpox, HPV (human papillomavirus), and hepatitis A and hepatitis B. While the medical field has experienced a major milestone in developing vaccines for the mentioned infections, there is still one kind of virus that seemed to hinder medical researchers in creating an immunity opposing it – HIV.

HIV Treatment Instead of HIV Vaccine

So, is there a vaccine already available for HIV? The answer is NO. Since the emergence of HIV in the 1980s, medical researchers, scientists, health professionals, and private pharmaceutical companies have conducted numerous researches and clinical trials to produce a vaccine that will fight against the virus. Currently, there is no available vaccine being sold and commercialized in the market, but the exploration for producing an effective vaccine is still ongoing.

Even if HIV treatments are available in the market today, some of these treatments are expensive, and the drugs have corresponding side effects that may cause other health dilemmas. Other than that, a person may develop “drug-resistance” – a reduction in the effectiveness of a certain medication, including ARV drugs. If this condition happens to HIV-positive individuals, a call for new medication should be done. It will only cost the patient more money and experience the same process and side effects. This explains the importance of developing an HIV vaccine, especially for financially incapable countries.

Decades have passed, but not a single vaccine for HIV has been produced. What is it that makes the vaccine development an invisible chance? What are the possible reasons for the delays and setbacks in its development? The following are as follows:

Both of these types are necessary for the development of HIV vaccination. Who knows, within this decade, an effective and efficient vaccine will be produced and eliminate the worries of people suffering from this life-threatening condition.

In developing the vaccine, there are several approaches that scientists use. These are as follows:

Currently, there are about 40 vaccines or more that are undergoing development. All these vaccines are designed to produce antibodies necessary for the immune system’s functions. Aside from that, it increases the number of T cells (T lymphocytes) that destroy the HIV-infected cells.

Several clinical trials have been conducted, but there isn’t one that made a breakthrough in creating an established and concrete vaccine for HIV. There are stumbles, of course, but these stumbles and mistakes are a learning attempt that could be used for an extensive HIV vaccine study.

Thankfully, there was one clinical trial that was considered successful and made a little milestone in creating the vaccine. A U.S military HIV research trial headquartered in Thailand notably reported its successful trial in the year 2009. It was called RV144. The said trial was used as a prophylactic vaccine combination.

The combination was then proven effective and safe, which reduced the transmission rate by 31%. While this recorded reduction for HIV transmission is still considered low, the successful study alone can be used in the future development of the vaccine.

Aside from Thailand, there are other countries that conduct studies and research using the prophylactic vaccine. These countries are (1) South Africa, (2) the United States, (3) Uganda, (4) and Rwanda.

Millions of dollars have been spent concerning HIV vaccine development. But this fact doesn’t stop the medical field to finally end the agony that HIV induces in people. Today, ART is used as an alternative and effective treatment in preventing further health complications caused by the human immunodeficiency virus.

ART or antiretroviral therapy refers to the use of ARV drugs or a fixed-dose combination of the said medication that treats HIV and its corresponding ailments. It works by decreasing the amount of viral load in the body and helps the immune system to work better and properly. Strict compliance to antiretroviral therapy allows an HIV-positive individual to achieve an undetectable or untransmittable status.

Since there is no cure for HIV yet, or even a vaccine that could block HIV infection, take advantage of the available treatment being offered as of the moment. Above all, getting yourself tested will help in controlling the infection and live a happy, contented life. Know your status today!