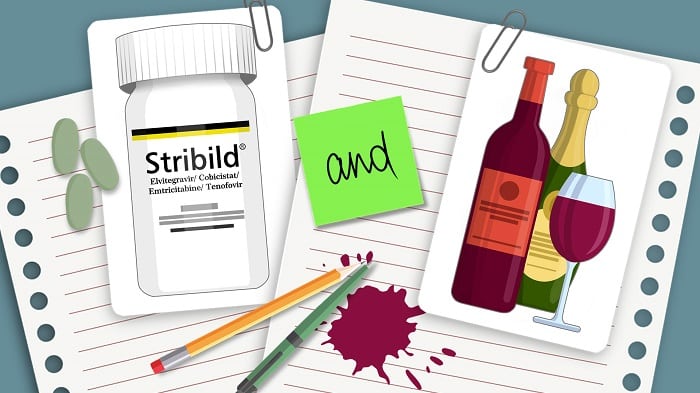 Interaction is one of the main reasons why it is never recommended to drink alcohol while on your Stribild treatment. While there is no concrete evidence of this assumption, there are several effects that alcohol can yield on someone who has been on their HIV therapy, especially Stribild.

Just like other forms of antiretroviral drugs, Stribild is also prescribed to provide medical treatment to individuals suffering from the hostile effects and impact of the human immunodeficiency virus. This medicine is even noted to be highly potent, which comprises four major anti-HIV medicines.

These anti-HIV medicines are as follows:

These four drugs mixed into one work better in preventing the virus from replicating. In line with the function of the so-called antiretroviral therapy, treating the infection becomes easier and accessible as major drugs are already combined into one tablet.

As HIV purposely makes copies of itself, the consumption of Stribild is enough to suppress the amount of virus existent within the body. It blocks the viruses’ function to multiply. Add to that the drug’s capacity to strengthen the body’s immune system.

Interaction of Stribild and Alcohol

One of the major side effects of taking Stribild is liver damage. As you’ve known already, drinking alcohol and abusing it can cause liver disease and malfunction. This is one of the bases why alcohol interacts greatly with Stribild treatment.

Additionally, excessive alcohol intake can also weaken or impair the immune system. This makes it difficult for the said bodily system to fight HIV. Furthermore, it opposes one of Stribild’s functions, which is to strengthen the body’s immunity. It becomes useless then to take this HIV medication.

The liver plays a vital role in any bodily function and making sure it works properly is a big responsibility, most especially if you are already following your HIV treatment. Avoid drinking alcohol to prevent other HIV-related health complications from emerging and developing.