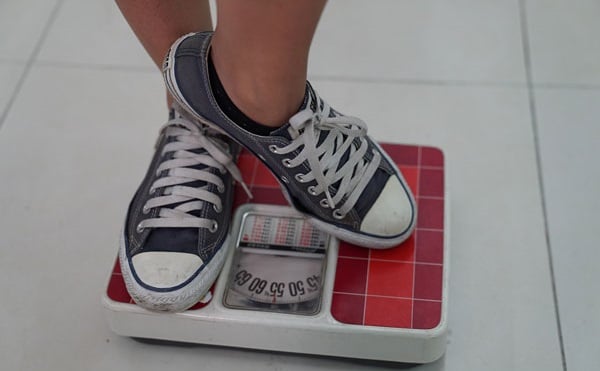 More than 20 years ago, the Wasting Syndrome, or cachexia was recognized by US Center for Disease Control and Prevention (CDC) as an AIDS-defining condition. It is characterized by an involuntary weight loss of a least 10%, with concomitant diarrhea and long-term fatigue. Owing to the continuous development of better and safer antiretroviral therapies, wasting and weight loss is now rare. Now that HIV infection is a chronic, manageable disease, excessive weight gain and metabolic syndromes like diabetes is becoming a common cause of concern. People living with HIV nowadays have longer survival but the prevalence of obesity and HIV/diabetes comorbidity is also on the rise. HIV, in itself, causes insulin resistance and dyslipidemia (increased fat or cholesterol in the blood) that further complicates disease management.

One study analyzed Nigerian patients enrolled for ART from 2011 to 2013 and found that patients have a high risk of developing diabetes in the first year of therapy. Stribild is a four-in-one antiretroviral medication that is used to treat HIV-1 infection in adults. It is currently listed as a recommended regimen in the HHS HIV treatment guidelines for people who have not received treatment in the past. However, Stribild is also associated with increase in weight and high levels of fat and sugar in the blood.

Some people who take antiretroviral drugs—yes, including Stribild—may expect substantial weight loss or gain. For HIV-positive patients who need to minimize the risk of metabolic disease, weight gain and increase in BMI (body mass index) is definitely an issue that needs to be addressed. People living with HIV are at an increased risk for cardiovascular problems, thus abnormal weight gain is an added burden.

The kind of weight gain that often plagues HIV-infected patients on ART is called lipodystrophy (fat redistribution). It’s a term that could both mean weight loss or weight gain. Fat redistribution is listed as possible adverse effect of many antiretroviral agents. Among several drug classes that treat HIV, integrase inhibitors are associated with significant weight gain for long-term use. The elvitegravir in Stribild is an integrase strand transfer inhibitor (INSTI); it is not yet clear how they cause changes in body weight but various studies confirmed weight gain as an associated side effect of integrase inhibitors.

Following a switch from an efavirenz/tenofovir/emtricitabine regimen (Atripla) to an INSTI regimen, patients gained significant weight of 2.9kg after 18 months. It could mean bad news to some patients considering that INSTI-based regimens have fewer adverse metabolic effect risks. Whether weight gain in ART is real, the benefits of INSTI, especially as an initial therapy, cannot be downplayed. You can manage Stribild-related weight gain by talking to your healthcare provider, as weight gain in your case may not be a sufficient reason to change treatment.

It’s not only Stribild…

There are other antiretroviral medications that can cause lipodystrophy or excessive weight gain. Older antiretrovirals have been linked to lipodystrophy, and your risk seems to be greater the longer you take them. One of the newer drugs that are linked to weight gain is dolutegravir, which is found in Triumeq. Zidovudine (AZT) and Stavudine (d4T) may also cause weight gain. The Department of Health replaced Stavudine with tenofovir due to its well-recognized toxicity, associated lipodystrophy, and other long-term complications.

One of the things that worries HIV-infected people about starting ART is the fear of their bodies changing, bearing the mark of a person with HIV. If you are concerned about fat redistribution, you should discuss these fears with your doctor, so you can look for alternative treatments that are not associated with weight gain. Furthermore, if you are on a long-term regimen and experiencing significant increase in weight or BMI, your condition can still be managed by different treatment modalities and lifestyle changes.

Exercise – Exercise may help distribute fat evenly in your body and it’s good for your cardiovascular health.

Medications – Tesamorelin is an FDA-approved drug that may reduce excess belly fat. It’s a synthetic form of growth-hormone releasing hormone that is injected into the abdomen once a day.

Medical Procedures – Liposuction can be performed by plastic surgeons on a buffalo hump or fat at the back of the neck, but it is not the best treatment for belly fat because of possible damage to the organs.